Paris and The Tragedy of The Commons

bailiejones September 21, 2017 Readers Forum Comments Off on Paris and The Tragedy of The Commons 1,188 Views 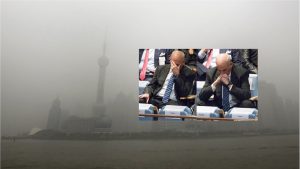 On June 1, 2017, the president of the USA, Donald Trump, announced that the United States would be pulling out of The Paris Agreement. While some believe this is a smart move that will save the United States money, many believe this is overall very bad for the word as a whole. President Trumps cited many reasons as to why he was pulling out of the agreement. Some of which included saving American jobs, saving the government money, and the fact that the world has only increased in temperature by a tiny amount. While these might be (slightly) true, we need to look at the facts on climate change. If business continues as usual, there will likely be an average increase of 3.7 degrees Celsius by the end of the century and an 8 degree Celsius increase by 2300.

This is a classic example of The Tragedy of the Commons. With all the major countries included in the Paris Agreement, everyone is limited to the pollution they can produce, and the word is less polluted for everyone. If the United States does pull out of the agreement, there is nothing holding any of the countries back from polluting as much as they want, which leaves the world worse off for everyone. Why would India not produce more energy if the United States is going to? And why would China not produce more if India is not going to follow the agreement too? This logic applies to every country, and in the end will leave the world worse off than if we stayed n the agreement.

Personally, I believe the United States pulling out of the agreement is a selfish move and one that does not consider the well-being of the best of the world. And as The United States, the most powerful country and the country with the highest GDP, I believe we have an obligation to lead by example and not allow the world to be left worse than the one we were born into.

Previous Is Tesco in the wrong?
Next Transnational Bribery, With Oil Agent Caught in the Middle