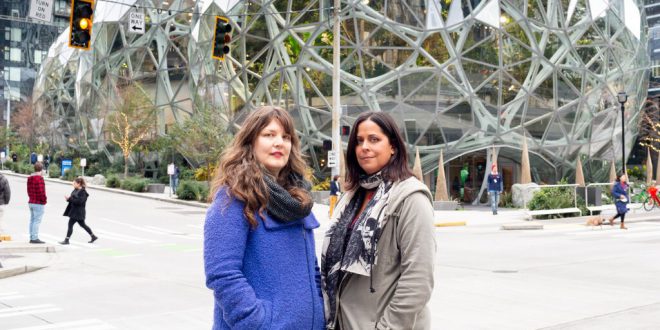 The National Labor Relations Board has determined that Amazon illegally retaliated against two of its employees last year by firing them for publicly speaking out against the company. The employees, Emily Cunnigham and Maren Costa, happened to be two of Amazon’s most prominent internal critics.

Cunningham and Costa worked as designers at Amazon’s Seattle headquarters, but they were also avid activists. They were a part of a small group of employees who began Amazon Employees for Climate Justice. This group, which has now grown to 8,700 Amazon employees, urges the company to do more to address its impact on climate change. Cunningham and Costa have also publicly pushed the company to address concerns relating to the treatment of warehouse workers. At the beginning of the pandemic, they began raising concerns about safety issues in Amazon’s warehouses. In response to these concerns, their group had prepared an internal event for warehouse workers to speak to tech employees about their workplace conditions. Not long after this event was announced, Amazon fired both women.

With the backing of the National Labor Relations Board, Cunnigham and Costa will accuse Amazon of unfair labor practices if the company is unwilling to settle their case. Both employees believe that they were prime targets for Amazon because they were the most visible members of Amazon Employees for Climate Justice. According to Amazon’s representatives, the two women were not terminated for talking publicly about working conditions, safety or sustainability, but for repeatedly violating internal policies. Amazon claims that they support every employee’s right to criticize their working conditions, but that “does not come with blanket immunity against our internal policies.”

This article brings up some very important questions about internal policies and whether or not these policies should be able to restrict employees from collaborating or speaking out against a company when there is an issue. In my opinion, the claim that Amazon made about supporting employees when they speak out against workplace conditions, safety, and sustainability is contradictory when they retaliated against two employees who were speaking out. Amazon is violating employee’s freedom of speech and the right to protest against conditions that they find unjust.

Previous Bezos vs Bessemer: The Push for Unionization at Amazon
Next China Fines Alibaba $2.8 Billion For Violating Anti-monopoly Law