An Entrepreneur We Can All Learn From

Steve Rossi January 23, 2016 Readers Forum Comments Off on An Entrepreneur We Can All Learn From 1,782 Views

Mostafa Hemdan, a 25 year-old from Egypt has captured the attention of entrepreneurs all over the world with his innovative ideas and business model. 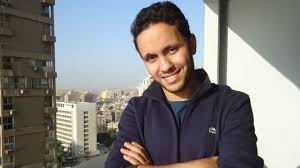 It all started 5 years ago, when Mostafa entered a competition, with the goal being to design your own start up company. The winner of this competition would win $10,000 and the chance to build their own company from the ground up. Determined to win, Mostafa quickly began looking for the next big idea. Suddenly, it hit him. While watching a documentary on electronic recycling, he pondered the idea of possibly starting his own electronic recycling company right in his home country of Egypt. He would recycle the precious medals found in electronic devices like silver and gold while also selling pieces of hardware such as hard drives. He already knew that this industry was huge in Europe, but nobody had brought this idea to the middle east. Determined to win the competition he set out on his goal. 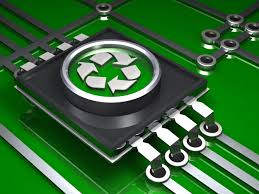 He named is company Recyclobekia, derived from the Arabic words “roba” and “bekya” which translates to “old stuff”. His business launched when he soon received his first order, a Chinese company wanted 10 tons of hard disks. Although he didn’t know how he was going to collect this many, he stayed determine to bring his company off the ground. In order to achieve this goal, he began collecting computers from local companies and delivering them straight to china, where they would dismantle them and get whatever they needed.

When competition time came around, Mostafa won, securing himself $120,000 to put towards his business venture. This allowed him to sign new deals with buyers in Germany. Although this meant he had succeeded, he was plagued with many problems still. He didn’t have much knowledge on the industry, or how to run a business, which caused him to have wrong calculations when allocating resources or figuring out his business model. To solve this problem, he traveled to China in order to figure out how to advance his business. He quickly figured out he needed to change his business model. But the problems didn’t end there. With political turmoil and the overthrow of the Egyptian president, Mostafa had many limitations in terms of advancing his business domestically, internationally, and where he could travel (because of military requirements for its citizens).

Although all the problems are not quite solved, Mostafa is still managing his company quite successfully. Today he owns four warehouses with over 20 employees while selling over $2.4 million in sales every year.

This is a prime example of how all entrepreneurs should act because Mostafa demonstrated courage and leadership while starting his company, while also demonstrating passion and a strong work ethic. Although he faced many problems, he was determined to succeed and move on with his business. He took every opportunity he could get to learn from others in order to better himself, which is a very wise thing for a young entrepreneur to do. He also demonstrates global corporate citizenship because his company helps the overall well-being of society. Electronic recycling helps the environment because it reuses materials, allowing less resources to go to waste. He is a prime example of how businesses should run because he works carefully for the benefit of society and the environment by recycling, while still having growth.

This article was derived from this article on BBC:  http://www.bbc.com/news/business-35304699

Previous Tanking Oil Prices Continue to Destroy Major Companies
Next What Does It Mean To Be A Truly Diverse Company?