I have seen globalization in my life as a global market presence while vacationing to both the Caribbean and Canada. In both of these countries, I noticed there were McDonald’s serving food. I noticed however, that these McDonalds did cater to the appropriate culture, as the food was not exactly the same as ours. For example Canadian McDonalds bacon is just ham but here in the US we have pork. I have also seen globalization in the supply chain form with some of the technology I use. For example, iPhones and Gaming systems such as Nintendo are manufactured in foreign countries. Lastly, I have a MiniCooper, which as mentioned in the PowerPoint was once an English car, but became a German BMW and is manufactured all over the world and here, in the U.S.

Globalization has impacted my family through the products that we have purchased. Like mentioned before, my car and the process by which it was made and sent is a great example. Other examples of these products that are derived from globalized companies are car companies such as Toyota and Honda, Androids, Starbucks and Nestle. My family also experiences globalization by interacting with people all across the world just by using social media.

Globalization has been good for the U.S. because as mentioned in the video, car companies such as Toyota have been able to globalize their supply chain and as a result, obtain cheaper parts, which allows the company to sell more affordable cars. Other than the companies thriving through globalized supply chains, the US also benefits from globalization of corporate mindset by having an international perspective on some of their companies. On top of this, the globalization of these US companies increases their global market presence and as a result they become more known and trusted. As a result, these companies capital base will benefit due to the possibility of the company’s stocks growing. 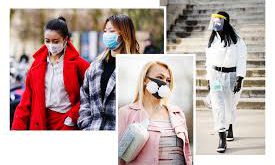