India’s Farmers and the Push for Globalization

stetterjenna February 18, 2021 Readers Forum Comments Off on India’s Farmers and the Push for Globalization 395 Views

On January 26th, 2021, protests in India turned violent when farmers took to the streets of New Delhi calling to the government to repeal new agriculture laws. However, to understand why these protests came to happen, we need to rewind a few months.

Reporters Mashal, Schmall, and Kumar trace these protests back to three agricultural laws passed by India’s government in September 2020. The government of India passed three new agriculture laws: The Farmers’ Produce Trade and Commerce Act, The Farmers Agreement on Price Assurance and Farm Services Act, and The Essential Commodities Act. Prime Minister Modi had a goal to double India’s economy by 2024 and relied on these laws to help achieve that goal. These newly passed laws, often referred to as the Farm Bills of 2020, aimed to decrease the amount of government and state protections for farmers. This would create opportunities for big corporations and companies to invest in India’s agriculture. Prime Minister Modi moved towards market-friendly laws in hopes that by passing these laws, they would increase the globalization in agriculture which would benefit India’s general economy.

However, the farmers of India were skeptical of these new laws. The farmers feared the potential monopolies that large corporations would create in the agriculture markets. According to Mashal and his co-authors, roughly 60% of India’s population depends on agriculture as its main source of income (Mashal et al, 2021). In an article published by BBC News, they found that only 6% received guaranteed price support for their produce. BBC also stated that roughly half of the farmers would not have enough to sell (BBC, 2021). Farmers believed that by eliminating the existing protections and regulations, the newly created market-friendly laws would cause them to suffer. These fears were amplified by the fact that the economy was already low due to the global pandemic. After months of protesting and activism for a complete repeal, a march in New Delhi turned violent when protesters did not adhere to the directions of the police. 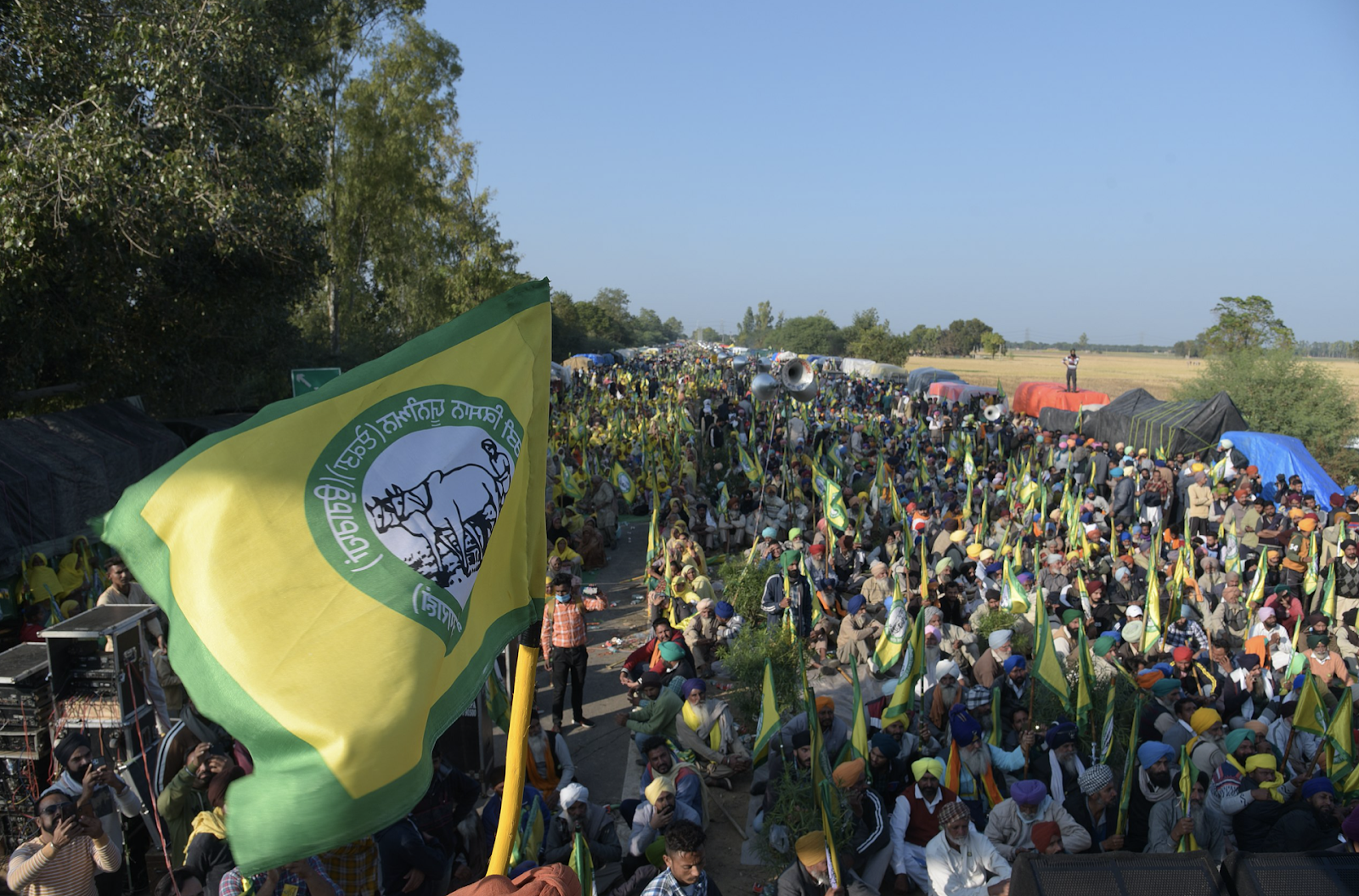