Elon Musk unveiled a humanoid robot that will assist with those tedious, time-consuming jobs that people despise. Elon Musk announced this a little under a month ago in a rough presentation, which was more awkward than me presenting in high school. So, after this, as expected, social media was flooded with comparisons to a slew of dystopian sci-fi films about machines that go horribly wrong such as I, Robot and Terminator.

The name Tesla is written over the chest of a humanoid robot with a black head and shoulders and a white torso.The Tesla Bot will stand 5 feet 8 inches tall and weigh 125 pounds. A reason that was thrown around was to make the robot relatively light and shorter so that it can be overpowered, though if you’re like me and are 5 foot 2, a 5’8 robot turned evil is pretty terrifying.

Aside from the dystopian sci-fi undertones, some people think the idea makes sense, although within the context of Musk’s commercial approach. He said the future is making physical work a choice, and capital is just distilled labor, so technically with unlimited labor there’s unlimited capitol.

The biggest concern with the Tesla Bot is what they call “orphan risks,” which are tiny minute things that you don’t realize are important until it’s too late and everything is thrown off. Some examples of these might be privacy issues or sexist or racist issues that have actually shown up in AI already.

This also has potential to cause major job losses. If a robot has the capability to understand, “hey go put this bolt on there” then where is the line. And they are expecting a working prototype by next year and to be even cheaper than a Tesla Model 3.

So that then raises the question of if this is ethical and if it’s something that should be pursued in the first place. I personally think this might give us a WALL-E situation where humans end up fat, lazy, and unmotivated. Is it right for a company to create something that has so much potential for disaster? Or is it an evolving technology company to do every “cool” thing they can? 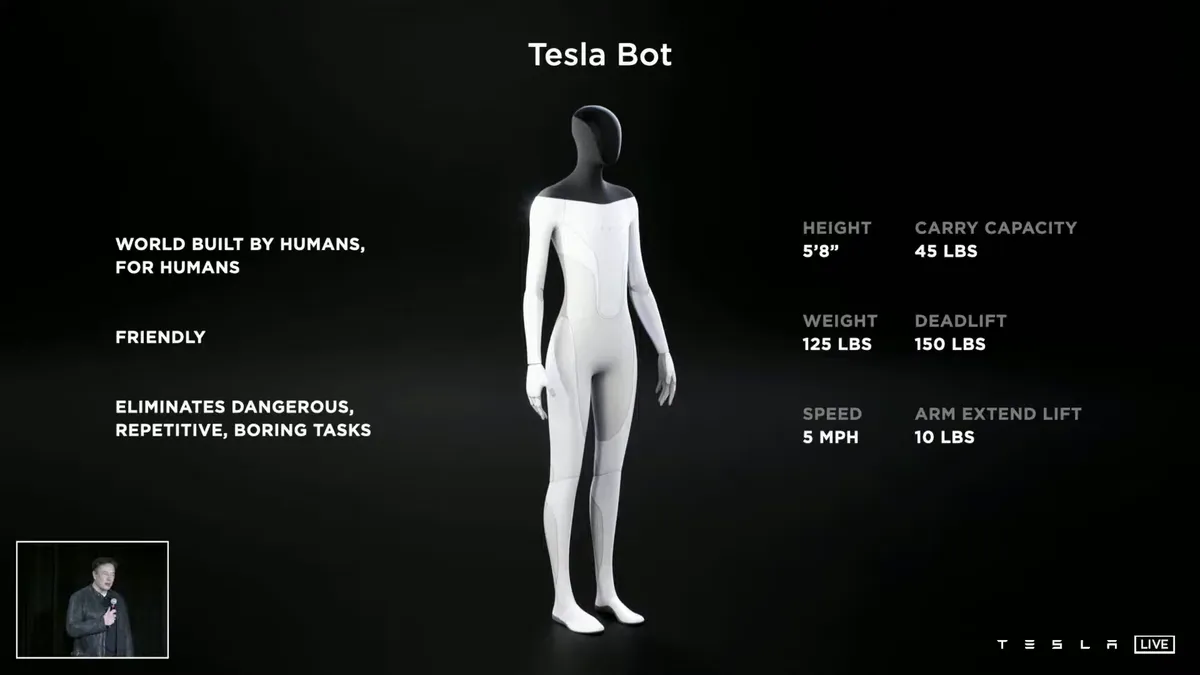