There are currently mass protests by Indian farmers against new agricultural reforms. At the behest of the Indian government, Twitter banned hundreds of accounts, only to restore them later after international public outcry. However, the Indian government has now threated Twitter employees with seven years in jail if they do not block the requested accounts.

Twitter is currently trying to negotiate with the Indian government to come to an agreement that protects citizens’ freedom of speech as well Twitter employees. The article from CNN written on February 9th cites two main risks for Twitter: the first being the risk to employees, but the second is the risk of Twitter being banned from India. This would have major impacts on Indian society as many users rely on the platform to spread key messages.

This act by the Indian government has greater implications questioning the integrity of its so called democracy and bringing about questions of censorship. I believe that Twitter has a duty to protect the rights of the citizens and should act accordingly. As risky as it may be, I don’t believe that the international community will allow anything to happen to Twitter employees in India. It is my belief that there will be too much pressure placed on the Indian government by the public to allow for serious consequences.

Article: Iyengar, Rishi. “Twitter is stuch between a rock and a hard place in India.” CNN News, 2021. https://www.cnn.com/2021/02/09/tech/twitter-india-government-farmer-protests/index.html?utm_source=optzlynewmarketribbon. 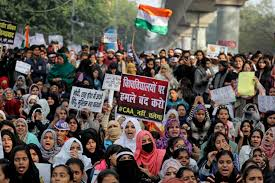 Previous Price gouging on CoVid19 Safety Essentials: Has Amazon’s public marketplace become too public?
Next Could dynamic pricing be influencing how much you pay for your plane ticket?