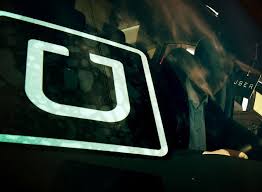 For the past few weeks, several issues relating to Uber has been covered by the media such as drivers sexually assaulting passengers. Adding on to that, there is another issue that Uber has been trying to elude authority by using a secret program.

The program, called Greyball, collects data of individuals from the app as well as through other methods and identifies regulators and rivals who target Uber’s service. The signifiers include credit card information on what kind of institutions they are tied to and the frequency of opening the apps near government buildings. When the authorities are identified, the program would turn their apps into a non-functional version and would make ghost cars appear on the map or quickly cancel their ride requests.

Since Uber allows noncommercial drivers become Uber drivers under easy background checks and they were often unregulated, many cities have previously banned Uber’s ride-hailing service as illegal. So, what Uber did was go into new markets and put Uber drivers to work before the local authorities regulated the service. The Greyball program came into use here and spotted authorities with its techniques and technology.

Greyball was developed as early as 2014, as part of a program called “violation of terms of service (VTOS)” to find people who tried to use the service improperly. Uber said that the safety of drivers was its initial and primary purpose since there were situations where competitors, such as taxi companies, would spot the Uber drivers and attack them in some countries. But soon, Uber realized that the same program can be used to escape from legal enforcement, especially in new markets.

The issue here is whether this Greyball program is ethical or legal. It is controversial since it can protect the drivers and also be used to escape regulations. With today’s technology, both positive and negative usages are possible but is it ethical to elude legal enforcement knowing that the service is or may be defined illegal?

Previous Have We Discovered A Second Earth?
Next Uber CEO is seeking “leadership help”