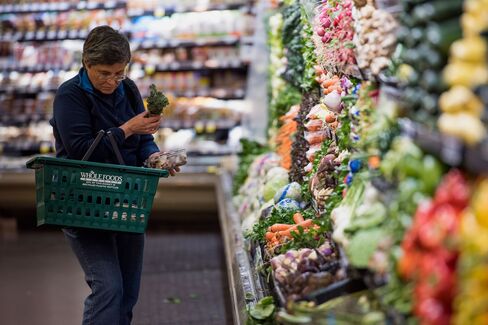 Whole Foods market has recently hit a 4 year low after their most recent quarterly sales were released. This may be as a result of Whole Foods new competitors in the organic food business such as Kroger and Walmart. Organic food is a growing trend, but that isn’t translated into the sales at Whole Foods. Whole foods is slammed with the stereotype “Whole Foods, Whole Paycheck” and that idea is detrimental to their sales. Whole foods says they are going to cut over 1500 jobs as of September 2015 in order to cut costs and to hopefully sell their products at a lower price, gaining more consumers. Whole Foods has also been slow to implement a loyal consumer program which is very common among their competitors. These programs have helped bring in the same customer over and over again. As part of their new strategy, Whole foods has decided to try and open up a sister store that targets the millennial generation, called 365 by Whole Foods Market that will include more technology and cheaper products. I believe that opening up this smaller store could be beneficial to the millennial crowd, especially in college towns and bustling cities. It has been shown that there is an increasing demand for organic products, however, people are finding other ways of obtaining those products then at an organic food only store, such as Whole Foods. I believe Whole Foods must find a way to make their products cheaper or they are going to struggle as a company in the near future.

Previous Trans-Pacific Partnership: vast trade deal made public
Next Black Friday less of a draw: What this means for retailers