Breaking News
Home / Readers Forum / Why Are There Still So Few Black CEOs?

Why Are There Still So Few Black CEOs?

gtonrey September 29, 2020 Readers Forum Comments Off on Why Are There Still So Few Black CEOs? 389 Views

Article From: The Wall Street Journal

“Out of the chief executives running America’s top 500 companies, just 1%, or four, are Black.”

According to Te-Ping Chen’s article titled ” Why Are There Still So Few Black CEOs?”, “Among all U.S. companies with 100 or more employees, Black people hold just 3% of executive or senior-level roles, according to Equal Employment Opportunity Commission data.” This is a staggering fact! The article goes into depth about how Black professionals face greater obstacles, are viewed more critically, rarely given profit-and-loss positions, and “companies tend to emphasize diversity in recruitment but overlook retention and advancement, researchers and executives say”, and “long talked about the importance of diversity—spending billions a year on such efforts—money has often been devoted to flawed programs such as diversity training, which show only mixed evidence of effectiveness” (Chen, 2020).

This graphic shows the number of CEOs of Fortune 500 companies the number of women, white, Asian, Black, or Hispanic CEO. This is not even close to a third of the individuals. This is one of the many reasons for the push for more inclusive and diverse working environments.

This graphic explains the gross underestimation of minority workers in high ranking positions. This also shows the push for diversity and inclusion in the work place and how it has failed in the past.

Changing With The Times

Before the murder of Mr. Floyd, Jim Citrin, a CEO succession specialist at recruiting firm Spencer Stuart, stated “clients tended to see diversity as ‘nice to have, but not a must have.’” However, after Mr. Floyd’s passing and the social push from change according to the article
“many companies have issued statements vowing to do more to address racial injustice and add to racial diversity in the workplace.” This push is unprecedented in the business sector pf the United States. The corporations are making an actual change!

This graphic shows what should’ve been changing in companies over the past five years. With the recent push these have sufficently increased and will continue to increase.

This change has created an extremely positive impression on the general public. If companies didn’t make these changes they would be falling behind and the actual science shows that more diverse workplaces work better together. As we discussed in class, companies would do what’s best for their stockholders and consumers while also using their corporate responsibility to do what they can to make a difference. 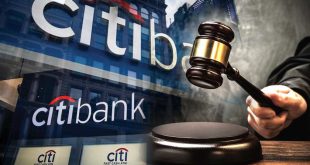 Imagine waking up one morning and you have $500 million in your bank account because ...