Why delicious Indian food is surprisingly unpopular in the U.S.

ian.nhando November 9, 2015 Readers Forum Comments Off on Why delicious Indian food is surprisingly unpopular in the U.S. 1,564 Views

Amazon: a Story of Geographical remapping of wealth and power 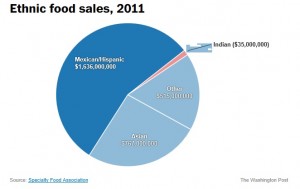 From Public Scorn to Progressive Trailblazer: Walmart’s Decision to Raise the Average Wage

With the coronavirus pandemic wreaking havoc on the US economy, Democratic legislators have pushed to ...